As a winner of the French Tech Pass, on September 24th, 2018, IPM France was invited to the Élysée Palace in Paris for the annual 2017-2018 winning company directors’ meeting.

On this occasion, Mounir MAHJOUBI, the Secretary of State to the Prime Minister for Digital affairs handed Guy Daumas (Chairman) and Etienne Dureau (Strategy Consultant), the IPM founding directors, the official diploma for the 2017-2018 French Tech Pass.

In his speech to the winning companies, Mounir MAHJOUBI said how proud he was to host the companies "that make France shine and build the world of the future". 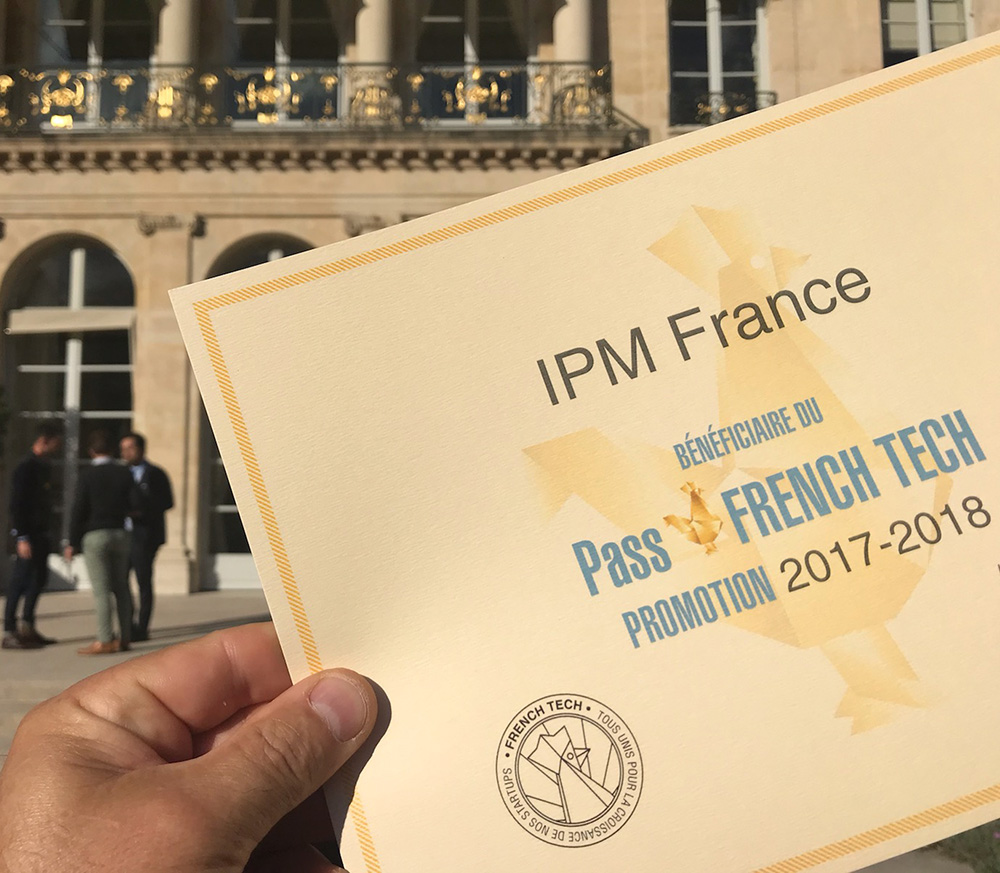 About the "French Tech Pass"

Already a member of the French Tech network in the "French Tech in the Alps" metropolis, IPM France is the first company from the Drôme region of France to join this national program to support hyper-growth companies.

This label has been awarded to a selection of businesses since 2014. In France only between 50 and 90 businesses are awarded it every year.

It is awarded by a committee composed of: Minalogic, BPI, French Tech, Business France, Direccte, The Grenoble School of Management and the Grenoble IAE, the French Tech Pass is a national program to support hyper-growth companies in the Digital, Industry and Healthcare sectors all over France.

The committee has acknowledged IPM France’s quality, its industrial character, the competence of its management, the maturity of their thinking and the significant potential of its market.

Thus, thanks to the French Tech Pass, IPM France will benefit from privileged support in the fields in which it wishes to improve and grow: innovation, industrial property, visibility and international growth. Indeed, in order to offer innovative and high quality interactive kiosk solutions to its clients, IPM France must constantly innovate on its target markets in France and elsewhere.

3 solutions for protecting your customers, users and staff!